Yesterday, as a family, we presented our documents for NLV at the Spanish Consulate London.  We had been given an early appointment at 8.30, and as we are a family of 4 (2 adults with a 2-year-old and a 4-year-old) we decided to drive into London. The road trip started at 5.30 am with two groggy children.

We were there by 7.30 am and found there was street parking within 200 metres of the consulate (about £6 for 90 minutes, paid for via your phone). We arrived at the front door at 8.45 and there were a couple of people ahead of us in a queue forming outside. They were also attending for their NLV.

Promptly at 8.30, the door opened and we were called by name into the building. We went through a basic security checkpoint at the door with an x-Ray of bags. We were then asked to go down the stairs which opened up into an open plan room around 10m wide and 20m long. It was here that we were met with a friendly lady who was there to check our documents.

On the other side of the room, the couple in front of us were having the same done. The lady was pleasant, checked every document, and made sure she was happy they had been legalised and translated.  She said one of the main problems she encountered was people getting the document translated, then legalised. This was incorrect (I am guessing then rejected!) so be aware of this process – legalise then translate the legalised document.  Given the thoroughness Lisa had guided us through, we had no issues here.

They were good with our 2 young children, who were obviously bored and wanting to play. From entering the building to getting to this stage, 15-20 minutes.

The previous couple who were just two were then in front of us at a second station. The station was one where a lady was sitting in a room with a glass front, like a bureau de change counter.  They took some time (they started 10mins before us and we waited at least the same amount of time). As they finished we were asked to go to the counter. As we passed each other, the guy said sarcastically good luck with that!!. He did not look best pleased. In hindsight, I get why he felt like this.

We presented the previously organised documents, starting with me as the main applicant. The lady had a sour manner to her – very different from the first lady (that might explain the security glass!) She then proceeded to check documents thoroughly.  Once an original document had been checked, she would literally throw the original back at us. We ran into a few issues during this process. The first was the medical certificate. She checked the document and then out of nowhere asked where the receipt for payment of this insurance was? I had no evidence it had been paid and could not provide any. We took out Saintas Family – a well-known leading supplier of health insurance. The broker set payment up for us using my Spanish bank account. I have never required Spanish online banking as it’s simply used for paying direct debits. I explained this to her and she laughed, saying well I have online banking!  I explained I had never required it and why but she was not interested. She has requested that I get proof of purchase sorted and then re-present this (as I was a long way away, she has allowed this to be emailed).

After the meeting I spoke to Lisa, who explained when she sorted out insurance, they always insisted on a year policy paid up from (rather than monthly as I had. I have contacted the broker to try and sort this out which is not as easy as it should be, so better to avoid this one).

I was asked about 4 times to confirm I was not going to work in Spain. Each time I agreed and confirmed I was not going to work. Even though we had established I was having a sabbatical year off work. The lady seemed a little perplexed that only I owned our property (rather than both of us) and that it was only me on the bank account (I didn’t go into any fact around this ie I bought the place before I met my wife and Spanish tax laws do not allow you to simply add a spouse to the deeds).

Next was income. She identified the letter from my company that I would continue on the same salary (but you’re not going to work question again)  but then said if it’s your company, who is going to run it? I explained I had partners.

She was very unhappy with the bank statements. A bit of background here. In Spain, banks will issue you with a  “CERTIFICADO DE SALDO EN CUENTA Y SALDO MEDIO ANNUAL”. This details the balance and average balance for the year. We do not seem to do anything like this in the UK. I had multiple chats with Barclays and although I was advised I could get a bank reference in the branch when I went to get this, it was not possible to get in the branch, and paperwork was sent off, and to be honest of no value re the account balance. So we opted for the stamped 6 months statements, which Barclays were prepared to do. My wife printed hers, popped into the branch and got them stamped. I had mine sent to me by the bank, popped into the branch to get them stamped, and was told not possible. They would not stamp any paper that was not printed in the brach – this was policy. Ahhh.  So the machine would only print 3 months’ worth and then the lady who not stamp mine printed the other 3 months, then stamped those. This was fine, but the format was different for both 3 months, which made putting them in order less obvious (actually printed in reverse ).

So the lady literally threw them back to us, with a stapler and said sort these out properly.  We did this whilst she was checking other documents. When we represented them, she then became very unhappy with the fact that I normally had a balance of 2-5 k in my bank then for the visa I had funds transferred from investments and took a decent company bonus, to show around 77k In the bank for living money for the next year, whilst on sabbatical.  She was very unhappy with this.  I had no supporting documents of where the investment funds came from (it was not cash or anything like that), so she has insisted I email in further documents of where funds were from. This is not an issue, but another thing to be aware of if you are showing lumps of money into your account for the visa.

We asked how to email the info back (no help here, no reference just a “back to the email you got confirmation of appointment from”).  So we now have to get confirmation of funds (where they came from) and need to get the health insurance paid up in full and a receipt of payment. I will try and pay this from my UK account to avoid another query of showing proof of it coming out of my Spanish bank account. That I currently cannot do.

Whilst in the room, a British lady came in to re-present documents. I could hear that there was a lot of friction between her and the first lady. It seems she had been turned away and was now saying she had spoken to the consulate and this was acceptable to put forward. She had though not had time to get one of the documents translated but was citing that once the files were accepted she had 10 days to get the form sorted for translation. I am not sure she was winning the argument!  It sounded to me like she was trying to work through the application process herself.

In review, Lisa’s system and mentorship is the only way to do this to avoid getting frustrated and wasting a visit to the consulate. Yes, there may be individual quirks to your application that will become clearer with time (I am not entirely sure they trusted me having a sabbatical – but it is what is it is) and justify lumps of money if they arrive close to your visa application, but it felt fair that they were going to give me a few days to sort these document out. I am sure though, that without the fundamentals being in place, you will never get the chance to face the dragon and get the documents accepted, and proceed to the payment counter!

02/06/21 The family has now changed to our recommended insurance provider who is issuing them with the required documentation for their NLV application at the Spanish Consulate London.

What do you want to do now?

If you are still uncertain about submitting your application, book an initial consultation with us and we will evaluate your case.

If your question has not been answered on our FAQ Page, please feel free to email us and we will add it to the page …

8 thoughts on “Spanish Consulate London: A Family’s Experience and Advice to You” 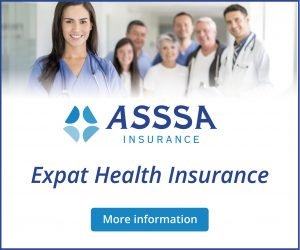